A 47-year-old male presented with a complaint of metamorphopsia in the left eye (OS). His best corrected visual acuity was 20/20 in both eyes (OU). Fundus examination revealed subfoveal serous pigment epithelial detachment (PED) in OU which was confirmed on optical coherence tomography (OCT). Fundus fluorescein and indocyanine angiography ruled out neovascularization. After no regression for 6 months, he was started on tablet Eplerenone 25 mg once daily for 2 months which resulted in complete resolution of PED in OU. He later had a recurrence of PED in OU, which responded to oral Eplerenone once again, highlighting its potential role in such cases. 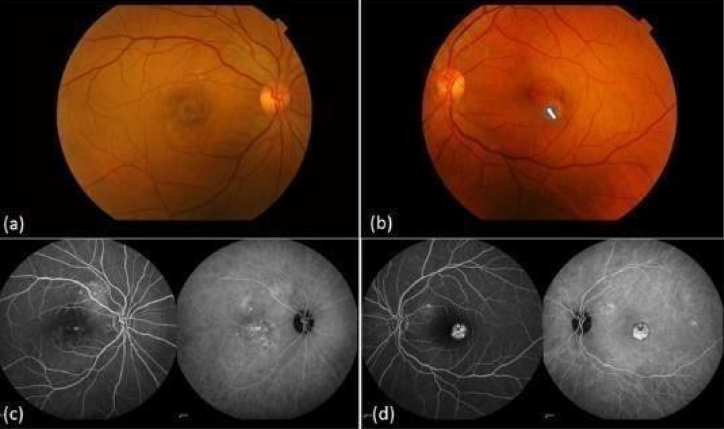